To guarantee the highest standards of teaching , all our instructors are : 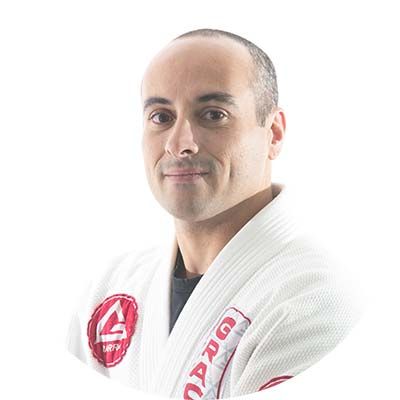 Rodrigo was born in Belo Horizonte, Brazil. The first martial art he practiced was wrestling, a discipline he perfected during the years he lived in Chicago, IL. When he returned to Brazil in 1996, Rodrigo wanted to find a school in order to continue his training in martial arts. He found Gracie Barra BH, founded by Vinicius Magalhães ”Draculino”. Rodrigo already knew about the Gracie family’s story and was happy to have the chance to practice the art with some of the most respected masters in the world.

Rodrigo was born in Belo Horizonte, Brazil. The first martial art he practiced was wrestling, a discipline he perfected during the years he lived in Chicago, IL. When he returned to Brazil in 1996, Rodrigo wanted to find a school in order to continue his training in martial arts. He found Gracie Barra BH, founded by Vinicius Magalhães ”Draculino”. Rodrigo already knew about the Gracie family’s story and was happy to have the chance to practice the art with some of the most respected masters in the world.

Rodrigo is passionate about health, and his teaching puts the emphasis on the details in techniques, as well as speed and agility. He often shows timed techniques: movements that take advantage of a specific moment to perform an attack or a defense. Rodrigo believes that jiu-jitsu can influence the moral and social development of all, and lead to a more harmonious lifestyle. His classes are demanding both physically and mentally, but are always very enjoyable. Here is a list of titles won by Rodrigo Mendanha:

"I am very proud to say that I went from the white belt to the black belt under Draculino. He is committed to teaching more than the technical aspects of martial arts, but also emphasizes Brazilian Jiu Jitsu as a lifestyle involving social responsibility, respect and friendship.” 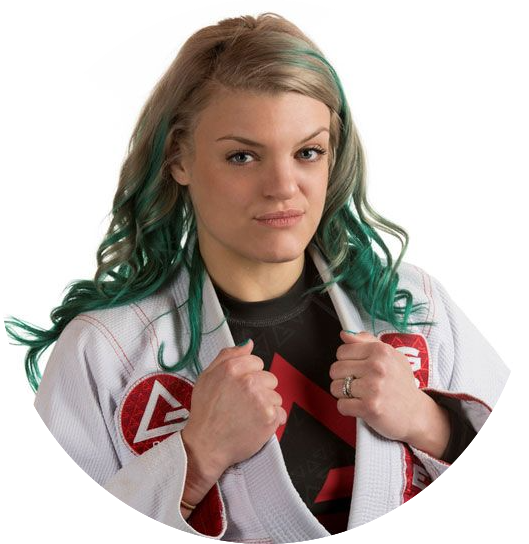 Claire has been practicing the gentle art of jiu-jitsu for a little under 4 years now under black belt professor Rodrigo Mendanha.
Although she has been in and out of different sports throughout her life, she has found her home and her sense of belonging at Gracie Barra Brossard.
Being a female in the jiu-jitsu world, Claire cannot emphasize enough the principle of technique and speed over strength and the importance of self-defence for everyone, but especially for woman and children.

"Whether you decide to start jiu-jitsu to learn self-defense, gain self-confidence, get in shape, be part of a brotherhood or to simply learn the disciplinary effect of a martial art; jiu jitsu will help you in mind, body and soul." 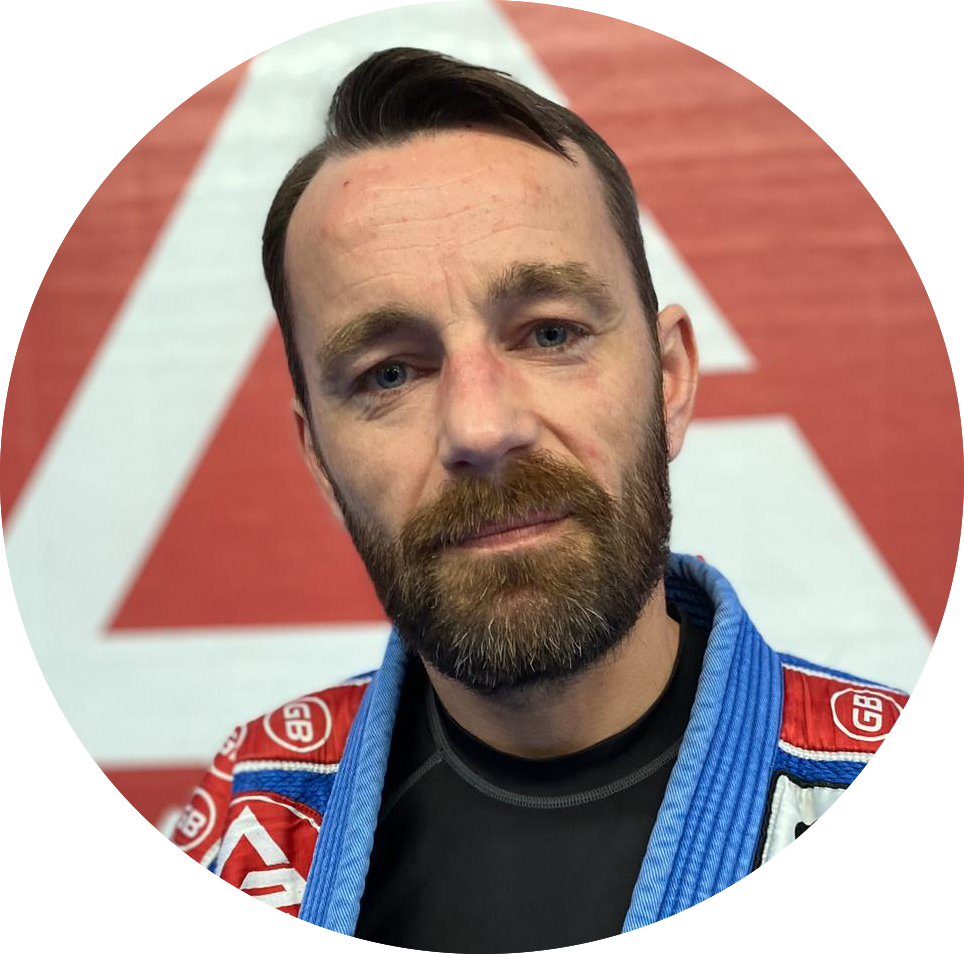 Lev found his passion in Jiu Jitsu about 6 years ago and has been actively training ever since under professor Rodrigo, as well as teaching GBK1, Parents-Kids and adults classes. Being a light weight practitioner, Lev is focusing on technical execution involving leg work and speed, rather than relying on strength and pressure.

"Jiu Jitsu changed my life, improved my well-being and provided me with healthy mental and physical environment and surrounded me with great people. Gracie Barra Brossard is my 2nd home!" 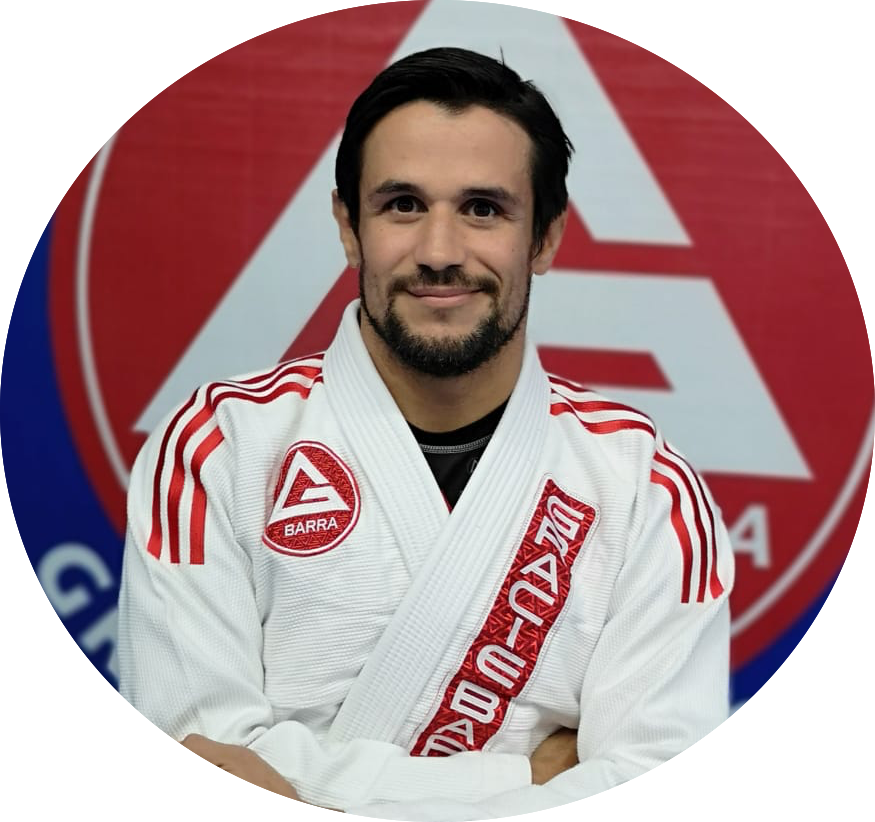 Andre was born in Uberlandia, Brazil. Looking for a brazilian jiu-jitsu school for his kids in Quebec, he found Gracie Barra Brossard. A place where now, all the members of his family train and consider it a second home.
Andre believes in the mastery of the fundamentals aspects of jiu-jitsu in order to achieve a proper development in the art without gaps. Having this matter at heart and he emphasizes it in his teachings to both children and adults. He also believes in the 'jiu-jitsu for everyone' motto, whereas jiu-jitsu can be a tool for personal development in diferent aspects of a person's life, no matter their background or physical condition.
Training under professor Rodrigo Mendanha, Andre has competed since the early stages of his practice. He has been at the highest step of the podium in many renowned competitions, having got the Gold medal in events such as: 'Grappling Industries', 'Rickson Gracie Cup', 'IBJJF Boston Open', 'IBJJF Toronto Open' and 'UAEJJF Abu Dhabi's Canada National Pro'.

"Jiu-jitsu is simple. You just gotta do it right." Roger Gracie

Fernanda Mendanha is a certified instructor under Gracie Barra as well as a sport massage therapist also certified practitioner of Thaï Yoga. She teaches special classes of BarraFit here at GB Brossard and is an assistant coach for kids and beginners classes. Fernanda’s number one passion is self development. She is very committed with her moto of being in a continuously self improvement on daily basis. She is a great competitor and coach who excels at helping others reaching their goals both mentally and physically.

At the words of the multiple time world champion Romulo Barral “it is impressive how much she represents the everyday Porrada mentality”. A true warrior. 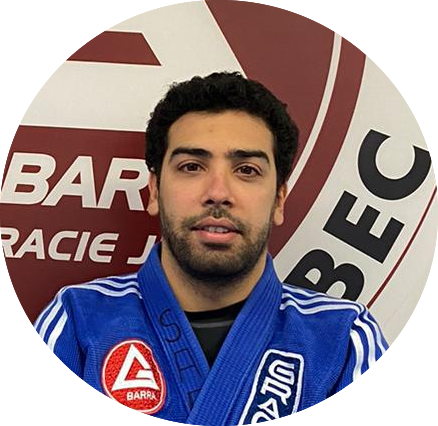 Born in Morocco, he started training Jiu-Jitsu in 2013. In January 2019, Coach Saad became Instructor at Gracie Barra Brossard, working with love and professionalism he is helping GB kids and Adults find the best versions of themselves on and off the mats. He is a purple belt with open mind to learn and share his knowlodge with the team. It’s very rewarding for him to help all the students overcome different challenges. Coach Saad takes pride in helping students train for competition and maximizing their mental and physical capabilities on the mats.

"It's very rewarding to help the students overcome their challenges" 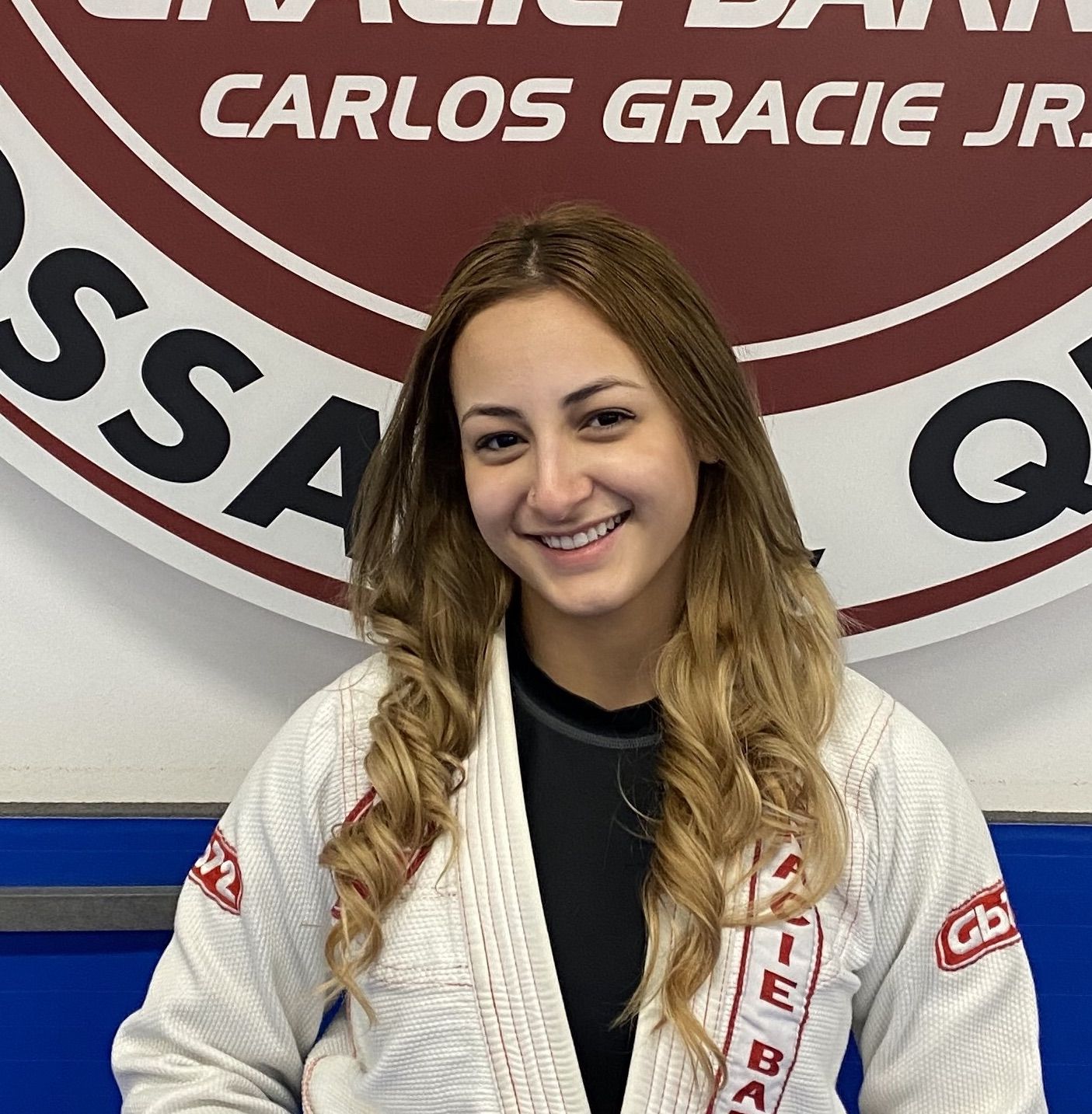 Born in Belo Horizonte, Minas Gerais, Brazil, Coach Gaby Mendanha is a blue belt under Prof. Rodrigo Mendanha and brown belt in Judo under Club de Judo Shidokan. At a young age Gabriela has taken the competition as a way to push herself mentally and physically improving her game since the very first competition. An outstanding competition background qualifies her as one of the best Competition teachers around. She collects many titles such as Pan American Championship twice and Worlds once. In addition to many of her accolades, she has a true talent when it comes to teaching the GB Kids Program. Gabriela is extremely patient and goes out of her way to make sure every student gets the attention they deserve.

" I’m passionate about sharing the knowledge that I has gained over the years and helping everyone achieve their personal goals. I am incredibly fortunate to have the position I have. Helping kids gain confidence, strength, and resiliency through this wonderful art of Brazilian Jiu Jitsu "